Written by Larissa on August 23, 2019. Posted in Testimonials.

I have been in the drafting, design and consulting engineering business for over forty six years. Those forty six years have all been at the same company. During this time I served as a draftsman, designer, job lead, piping department head for nineteen years and project manager for fourteen years. I would not have had the success I have enjoyed without the help of some very smart people. Ford Bacon & Davis is a major player in the southeast and they move up and down in size as this very volatile business dictates. They have grown steadily for a very long time.

During my many years as a department head and project manager I had to make personnel changes. The decisions around hiring and firing to find the best fit for whatever position we needed will cause a lot of stress. Baton Rouge and the surrounding area has seen many engineering companies come and go. Many changing names and being bought out by some of the big companies in this industry. Consequently the labor pool in the area gets depleted rather quickly in the upside of the business.

With the economy improving and the talent pool shrinking it became very apparent that I needed to reach out of the immediate area. To meet my needs I started reaching out to staffing agencies and at one time had contracts with five of them. Most could supply stacks of resumes to meet any need. A lot of the time the same candidate was offered up from several companies with resumes that indicated different skill sets. I kept hearing that this candidate comes “highly recommended”. I learned quickly that this only meant they had a resume for me to review. Many times I would have a resume on a candidate in hand and they did not have the skill set I needed. To be surprised that in a week a resume shows up and miraculously the candidate now has that skill. This produced a good deal of grief in the employees at our company.

I was getting reluctant to deal with any staffing agency until I met Clarrisa Hamilton and her company now Genesis. They became my go to resource. Why because they did what they said they would do. They researched the candidate’s background, tracked down and verified their skill sets and personalities. If they had a resume but could not verify that information they would tell you up front that they did not have a lot if information on a candidate and did not want to take the resume at face value. The other companies would say yes, he or she is “highly recommended and can do what you need” with no idea if they could or could not. From that point going forward the only staffing agency I dealt with was owned and run by Clarissa Hamilton. With Genesis there was no nonsense or dancing around questions, not just saying what needed to be said for me to hire one of their candidates. With Clarissa and her company it was just the truth of what they knew about the individual. With this trust and partnership I was able to accomplish a very successful long career. That being said I have to give some credit to Genesis and its owner. Thank you young lady for all your help in completing a successful career. 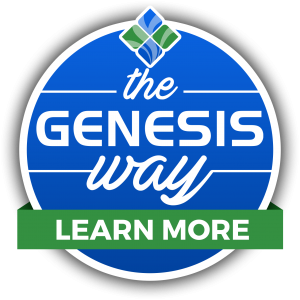